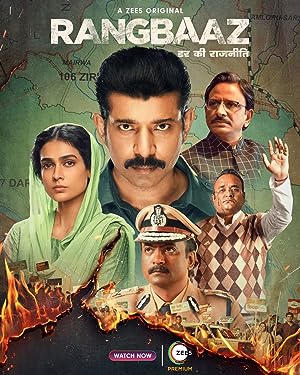 Ajay (Anshumaan Pushkar) and Nannu’s (Soundarya Sharma) dream of becoming IAS officers is thrown out of the window when their father is murdered by Babban Rai (Ravi Kishan), one of the largest liquor barons in the heartland of Bihar. The two siblings embark on a deadly vengeance rampage, on the insistence of their furious mother (Anita Raaj).

There is a sequence of violence in Zee5’s Country Mafia, that kind of works perfectly as a metaphor for the show. Babban, played by the believably snide Ravi Kishan, has a surprise to offer his guests. Not a drink or a discussion, but a man half buried in the ground. It’s obviously a violent ruse, a method of warning adversaries in going against him. Babban sits up, approaches the man and slits his throat while abusing with abandon. It’s the kind of scene that feels more decorative than reliably important, and it reappears in the show, with the kind of blatancy that makes it seem more theatre than life. It’s a problem that recurs through a series that has a habit of posturing rather than breathing through its characters. Nothing, except maybe the setting, seems genuine in this tepid, loud cousin of Mirzapur that cannot seem to build anything other than noise.